As the battle to secure Draenor wound to a close, and the Legion secretly prepared an invasion force for Azeroth, two old friends ran into one another by chance. One was an ancient Highborne mage – and the other, an old demon hunter who had known him long ago. The two soon found themselves on a strange and wild hunt, their quarry eventually revealed as a cunning Nathrezim with mysterious plans. The mage called upon allies: his apprentice, a young human; an old Draenei Vindicator hailing from Argus; a young human paladin; and a veteran night elven Death Knight. After several battles together they decided to make their alliance official.

They then set about choosing a name for themselves. It had to be something to imply they were vanguards, soldiers of Azeroth – and a guiding light in the darkness, a bastion of hope for their peoples. It had, too, to not be too aggressive: for to identify with violence risked corruption by demonic influence. And so they, who had all lost home and family to the Legion – yet remained defiantly standing – took on the name Unbroken.

Together, and with a few allies, this unlikely group sought out the Nathrezim and his minions, struggling to unravel the tangled plot he’d woven and put a stop to his machinations. Their efforts took them across the world, from Pandaria to the hinterlands north of Arathi’s fields; from the Dark Portal and Karazhan’s surrounds to Ashenvale, Feralas and everywhere in between. The road was not easy, but in the end the dreadlord’s plans were foiled… though he himself escaped their justice.

Following this victory the Unbroken, still a small and close-knit group of allies, moved on. They took the battle to the war front of the Broken Isles, moving from Azsuna’s coast to the forests and Temple of Val’sharah, and on to the battlefront of Suramar itself. Yet the realities of protracted war, here, finally set in: war costs gold. Every weapon repair, every shipment of food, every hired hand and repaired robe, has a price. And though ancient, the Unbroken is not made of wealthy Lords. Yet the experienced among them knew a truth: there is profit to be made in war. By turning to hired hands, by taking work from the Kirin Tor and other, private contractors, the group could swell in numbers and power and rake in enough gold to buy all the weapons and armor it needed.

The decision was made to begin hiring soldiers right away; contacts in the Kirin Tor were strengthened, and supply lines established.  Wherever the Unbroken go from here, one things remains certain: it will be an adventure. 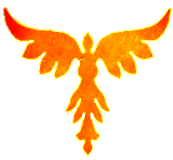